All media work us over completely… Any understanding of social and cultural change is impossible without a knowledge of the way media work as environments.

I’ve been thinking about all the permutations of maleness, excuse me, white maleness, that pervade the media (and here, when I say ‘media’, I mean everything – newspapers and novels, websites and bumper stickers, movies and music) vs. the versions of white femaleness that exist along side. I’ve been thinking about when and how we present those images, how we read them, why, and the consequences.

I am happy that HRC wore orange on June 2 for Gun Violence Awareness/Prevention – one of my students presented her end-of-term project on gun violence that day and many of us wore orange, too.

That Thursday afternoon, I saw the first two of the mass media images of HRC in the order presented, I saw the third and fourth images Friday morning, and the last image this morning. I made the screenshots after I saw the second image. I like the first one, from Jezebel.com, best; it’s the realest to my eye, the most adult.

I was disappointed by the second-to-last image, the one that accompanied The Atlantic’s story. It tells me a great deal about: 1.) the photographer; 2.) the editor (unknown) 3.) the author/story 4.) the publication (which is why I am in a love/hate/tolerate/hate/? relationship with The Atlantic, alas). It also tells me a lot about us.

I know what that second-to-last image means in at this cultural moment. I know it means what it means because femaleness, or, rather, femininity, isn’t currently constructed to tolerate that particular shape (which is why the bottom image now accompanies the same article). I know that maleness, masculinity, CAN, today, accommodate that face. And I know that that is a fundamental problem.

As far as the second, third, and last images. Eh. They don’t do anything but reinscribe our ideas about what’s ‘presidential’ and how that construction is ideally embodied by a white woman of a certain age. 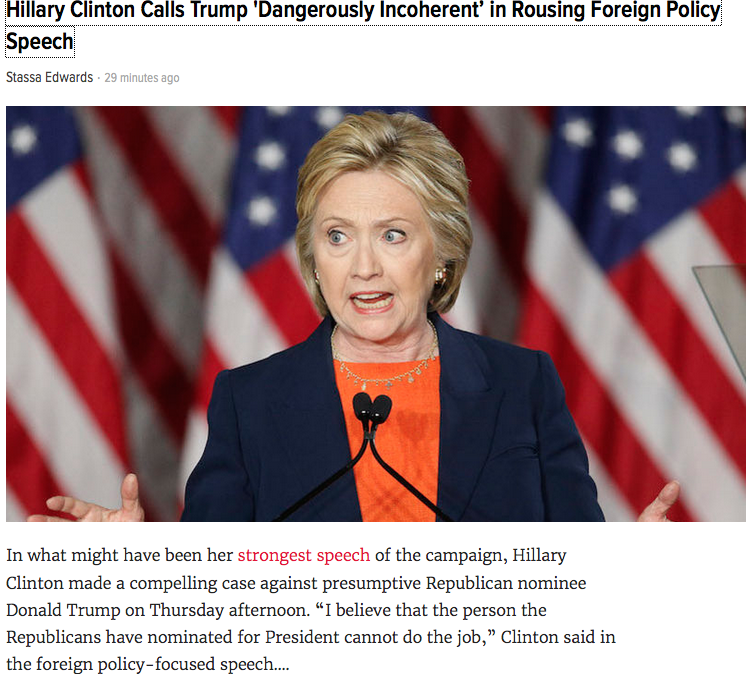 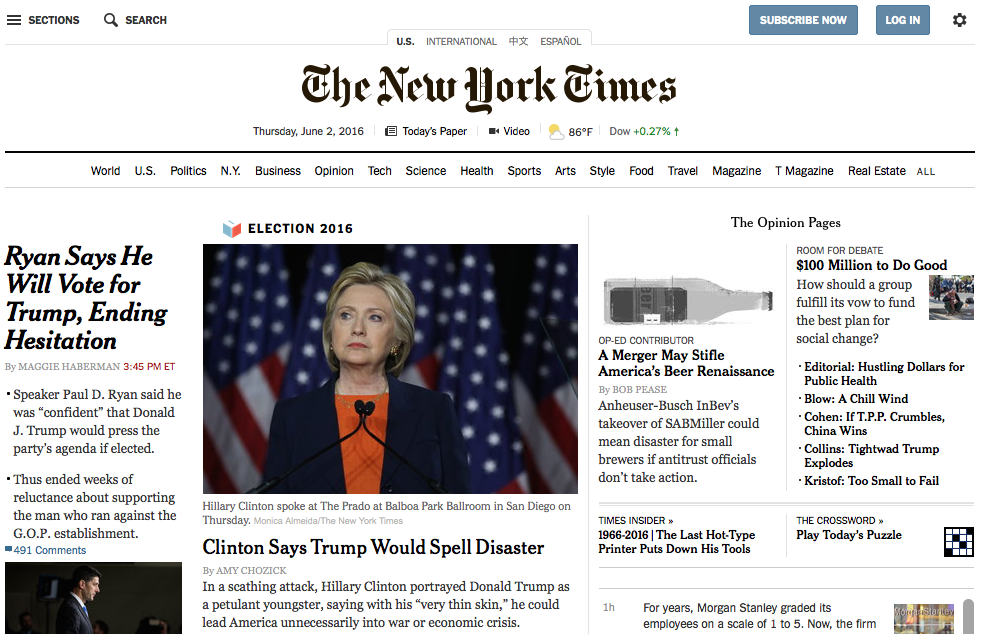 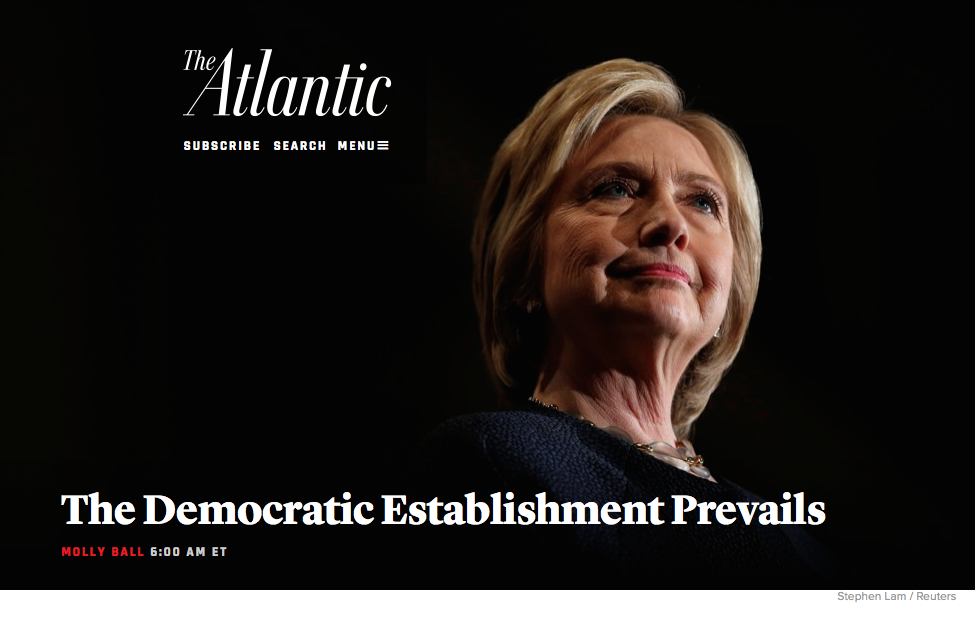 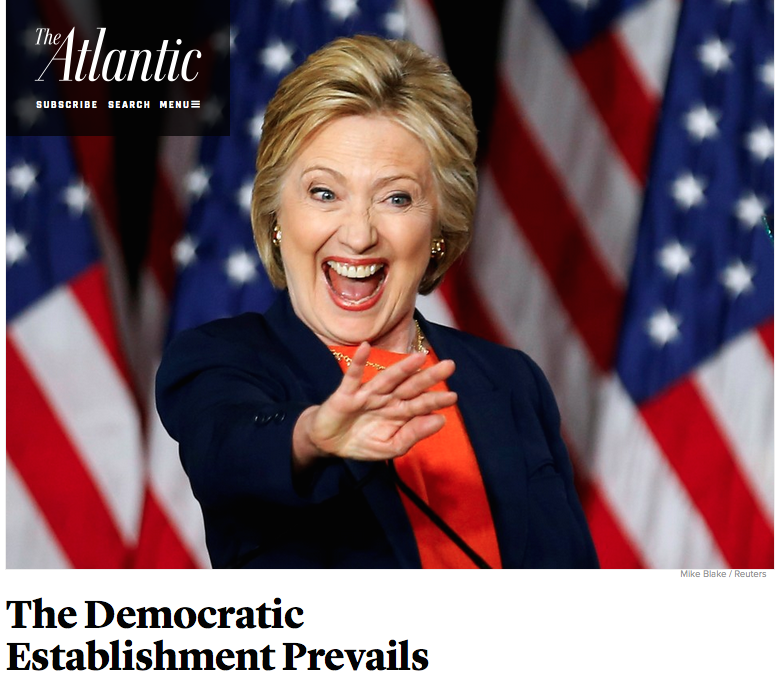 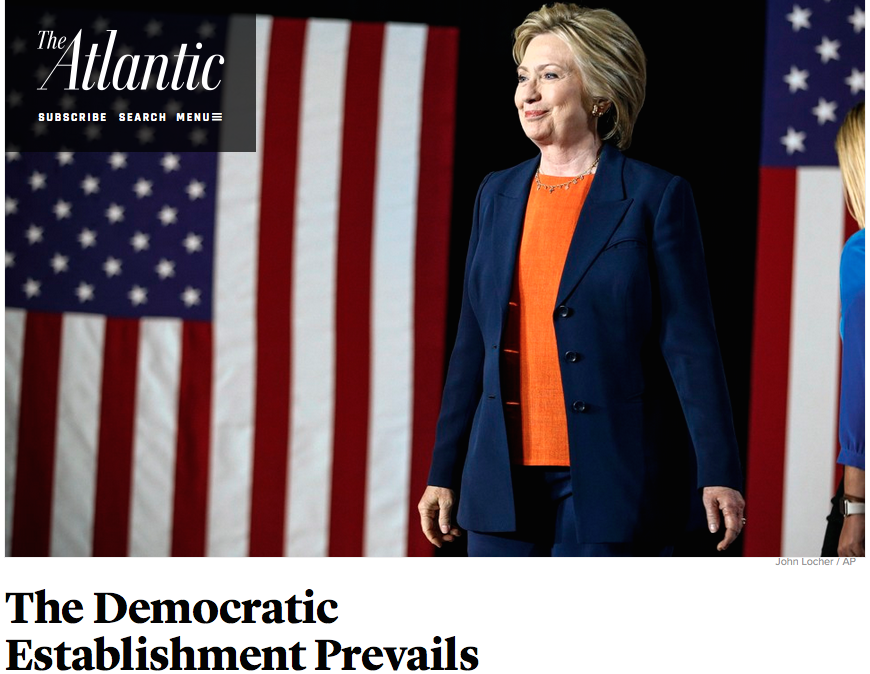