Tell Me About Your Mother is a project built from filmed interviews I conduct with those closest to me. To create each piece in the series, I ask sitters similar sets of questions about their mothers, remove ‘textual’ information like sound and visible talking, and use footage from moments just before and after questions are asked and answered.

Mythology surrounding the phrase ‘tell me about your mother’ holds that it was central to Sigmund Freud’s psychoanalytic theory and practice. The trope of Freudian analysis is embedded in American pop culture consciousness; thrown around in casual conversation and played for laughs in movies is the notion that the root of our ability to adjust to the world around us is ultimately tied to our relationships with our mothers. And, while Tell Me About Your Mother owes a great deal to this surface reading of the phrase, its source, and its current place in American culture, the project was borne not from discussions about immediate anxieties or neuroses, but rather of conversations about home and heritage, our private origin stories.

Yet, what meaning is really there when I remove from interview footage my questions and sitters’ responses? 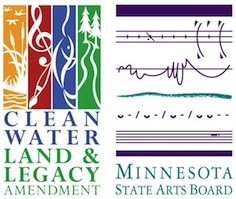